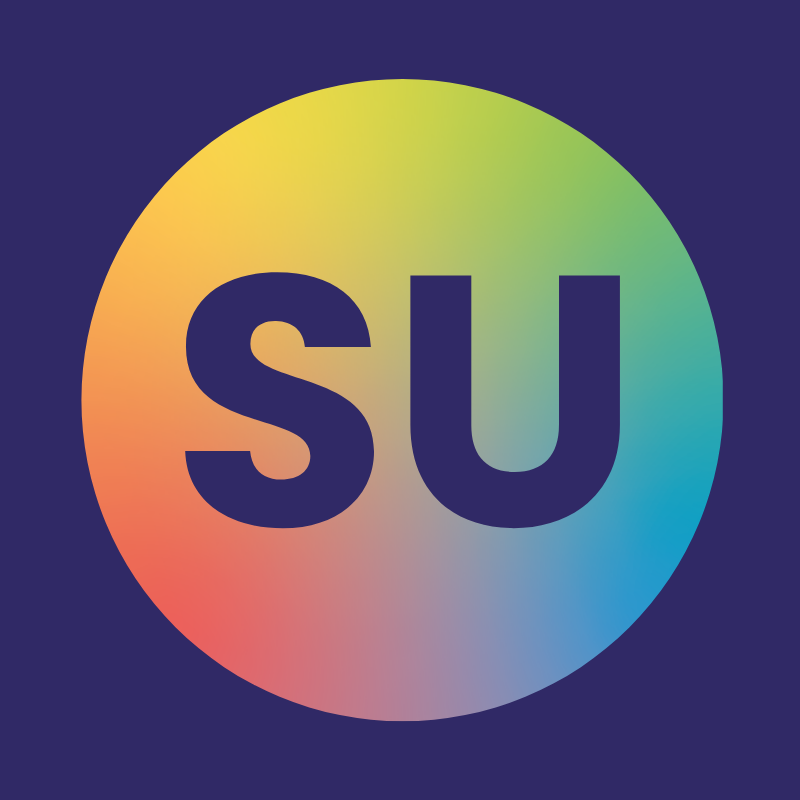 Please note, this article includes some language that many have reclaimed but may still cause offence to some. 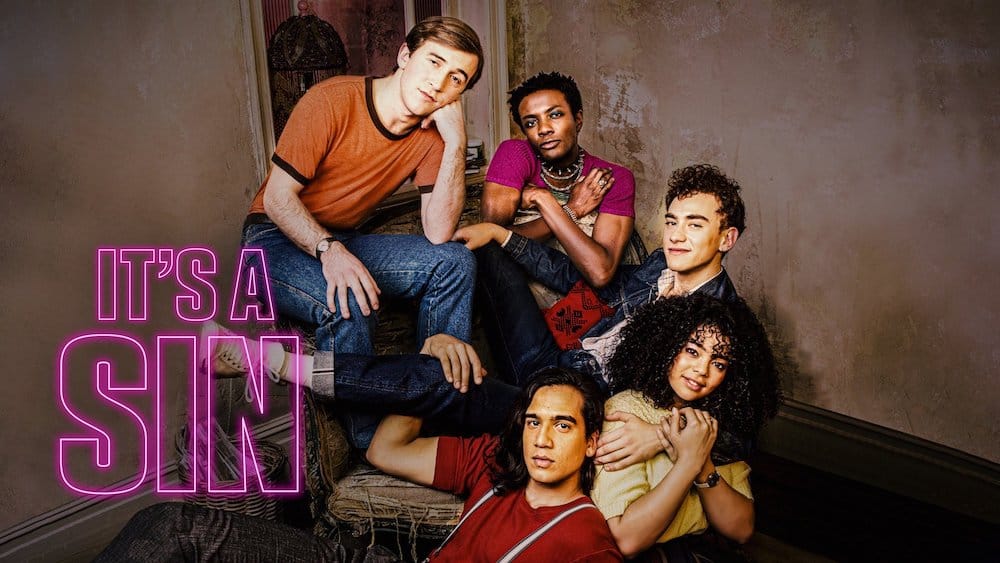 A drama from Russell T Davies, It’s a Sin follows the stories of five friends who grew up during the HIV/AIDS crisis in the UK.

Available to stream on All 4

This critically-acclaimed show is a groundbreaking American drama series about New York City’s African-American and Latino LGBTQ+ drag ball culture in the 1980s and 90s.

Available to stream on Netflix or BBC iPlayer

Set in 1832 Yorkshire, this historical drama tells the story of real-life pioneer Anne Lister, whose extensive diaries, written mainly in a secret code, documented a lifetime of lesbian relationships.

Available to stream for free on BBC iPlayer

This comedy-drama is set in the same world as Love, Simon, and follows high school student Victor through his journey of self-discovery and coming out.

I Am Not Okay With This

Based on the comic book by Charles Forsman, I Am Not Okay With This is a dark comedy about a queer teen coming to terms with her identity and newfound supernatural powers. 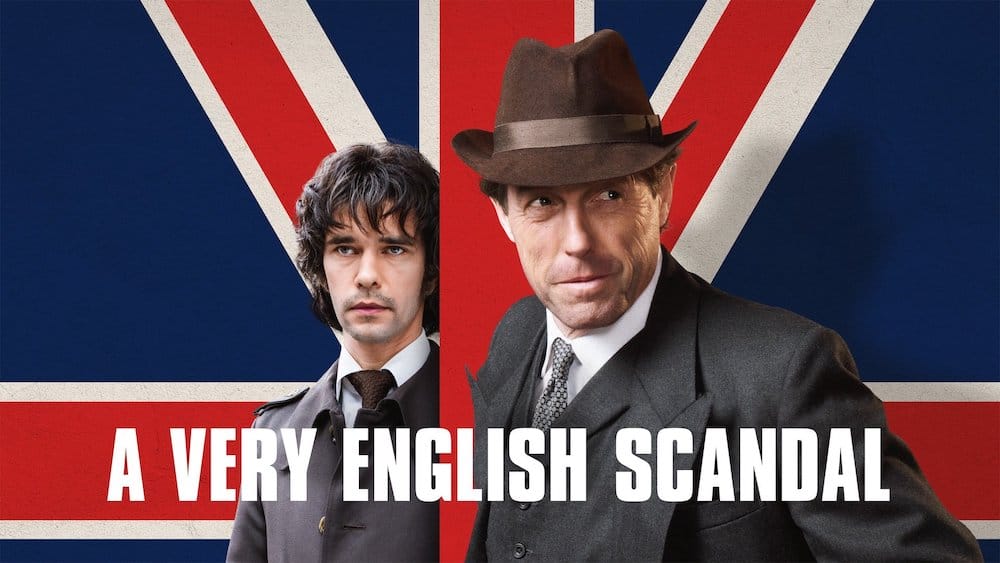 Starring Hugh Grant, this 2018 series dramatises a 1970s British political scandal involving a Liberal politician and his disgruntled ex-lover. Based on John Prescott’s 2016 book, this series looks at historical queerness in British politics. Available to stream on BBC iPlayer

From Executive Producer Laverne Cox, this documentary takes an in-depth look at the representation of transgender people in film and television. 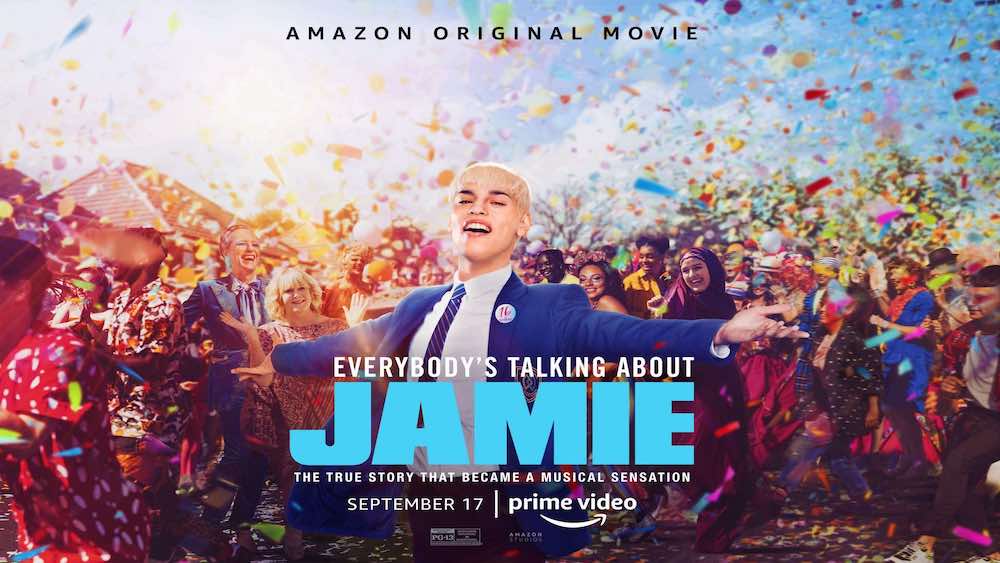 Inspired by a true story and based on a hit musical, Everyone’s Talking About Jamie tells the story of Jamie Campbell, who overcomes prejudice and bullying to follow his dream of becoming a drag queen.

Available to stream on Amazon Prime

Set in 1970s America, Uncle Frank is the story of a closeted literature professor who, accompanied by his teenage niece, travels home for his father’s funeral.

Available to stream on Amazon Prime 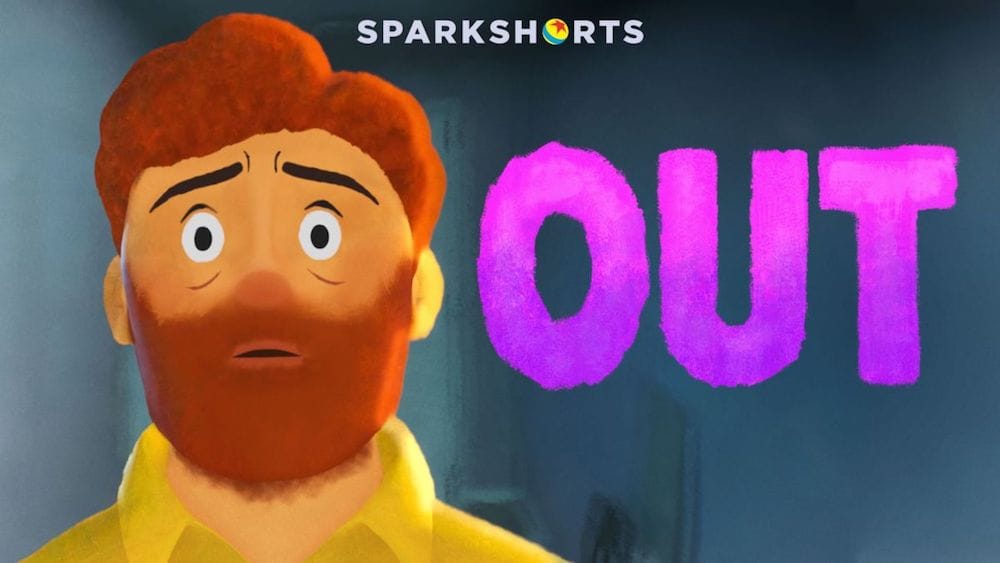 Part of Pixar’s Sparkshorts series of films, Out is an animated short film about Greg, whose parents are helping him move. Determined to keep his partner a secret, Greg’s boisterous puppy has other ideas.

Another short film, Wink explores the issue of queer spaces being invaded, through a tongue-in-cheek story about a group of friends who hang out at a café.

Available to stream for free on BBC iPlayer 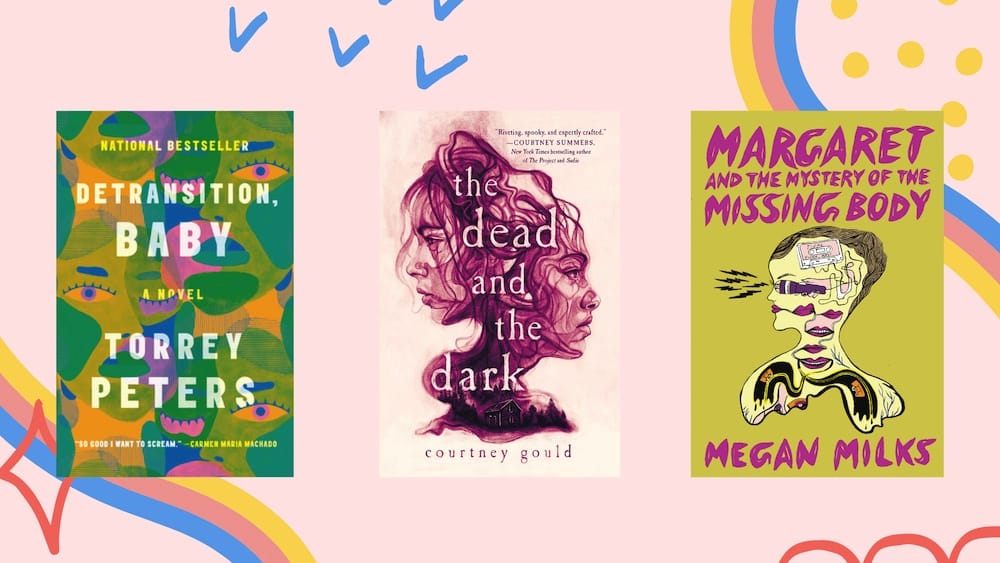 A national bestseller, this book follows the story of three people, diving into the themes of gender identity, parenthood, and modern relationships.

The Dead and the Dark by Courtney Gould

Teenagers are going missing in Snakebite, Oregon, and Logan’s dads are ghost hunters who are determined to find out what’s happening. The story follows Logan and Ashley, whose boyfriend is one of the missing teens, and their blossoming relationship.

Margaret and the Mystery of the Missing Body by Megan Milks

A coming-of-age novel exploring gender, sexuality, and mental health, this book reimagines 1990s adolescence and the process of self-discovery. 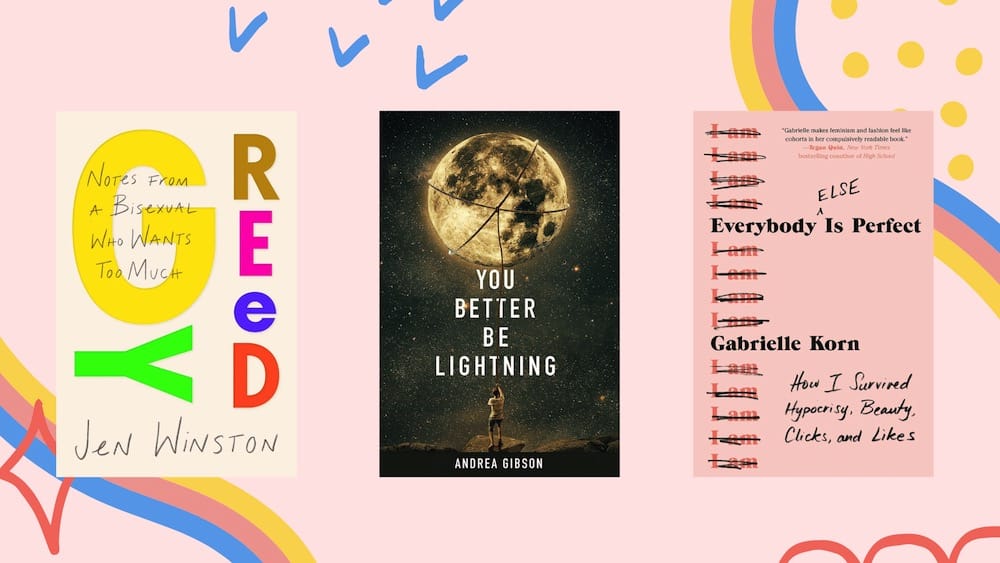 Greedy: Notes from a Bisexual Who Wants Too Much by Jen Winston

Provocative and charming, Greedy is a collection of essays by Jen Winston which offers an intimate look at bisexuality, gender, and general sexuality.

You Better Be Lightning by Andrea Gibson

This is a collection of queer, political, and feminist poetry by poet and activist Andrea Gibson. Their poems in this collection examine various issues, from introspective thoughts to the wider world.

Everybody (Else) Is Perfect: How I Survived Hypocrisy, Beauty, Clicks, and Likes by Gabrielle Korn

Gabrielle Korn was named the youngest editor-in-chief in the history of one of fashion's most influential publications, Nylon, a tremendous achievement. Everybody (Else) Is Perfect explores the story behind that seemingly perfect life, and how it may not have been quite so ideal.

The UoB Library have put together collections of a host of titles to celebrate LGBT+ History Month and including some of the above. Head over to your nearest campus library to take a look. 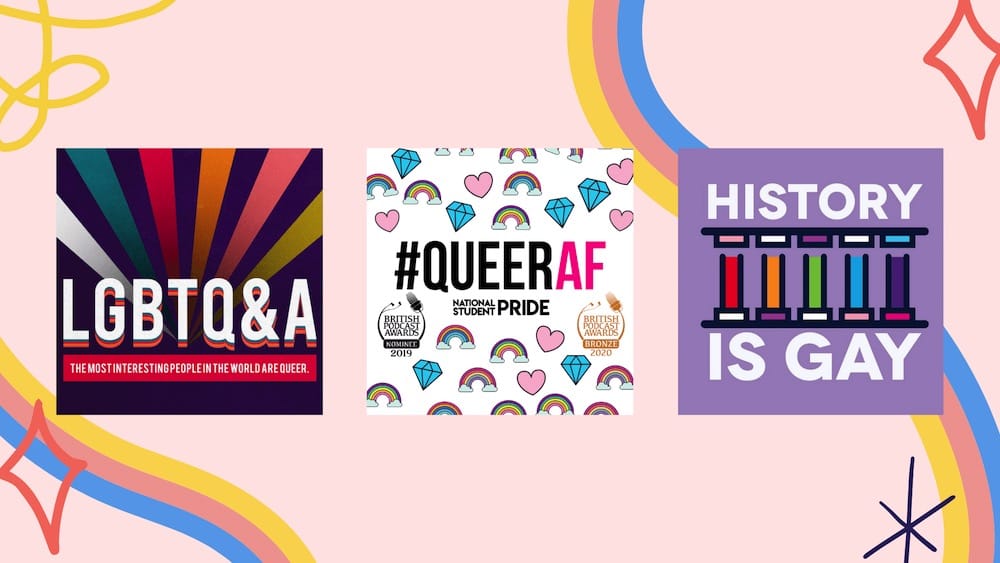 A social enterprise show, every week, a different student, graduate or LGBT+ producer tells their most #QueerAF story on the podcast by National Student Pride. Every episode is made with a budding LGBTQIA+ audio producer and features stories about queerness, sexuality and identity.

This is a monthly podcast that examines the overlooked and underappreciated queer people from the unexplored or glossed-over corners of history. These hosts are spreading the message that history has never been as straight as it’s made out to be. 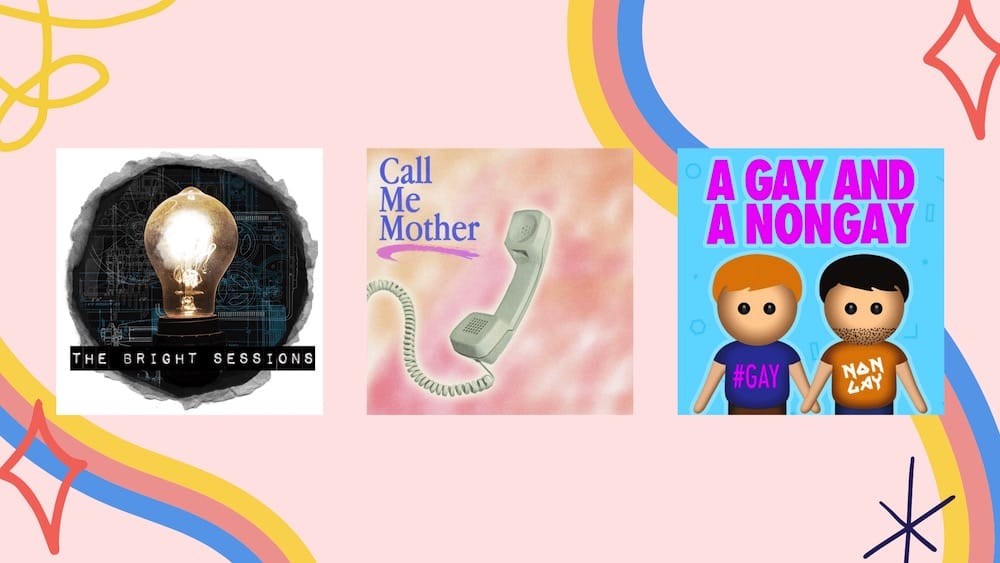 Writer Shon Faye hosts this series of talks with queer trailblazers who all have something to say about what it means to be LGBTQ+ in the modern world.

A Gay and a Nongay

This is the UK’s #1 LGBTQ+ comedy podcast, and its hosts, James and Dan have conversations about everyday life, differences in perceptions, homophobia, coming out, mental health, dating, and more.

Support is on hand

At Beds SU, we have an LGBTQ+ society and an LGBT+ Student Network. If you’d like more information about either of these groups, email help@bedssu.co.uk.

If you need support this LGBT+ History Month, there are plenty of resources you can utilise: